Why at 50 Celine Dion has turned her focus to fashion 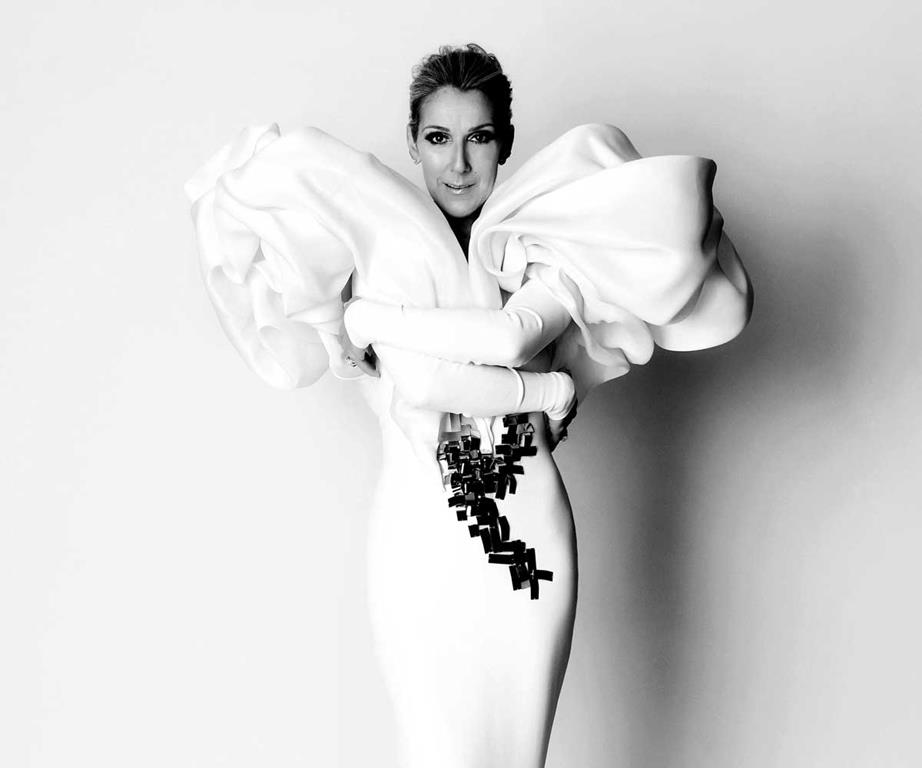 It was the gilded Valentin Yudashkin gown at the 2016 Billboard Awards that made insiders sit up in anticipation of a comeback after personal tragedy. But it was the sweatshirt by Vetements, featuring Rose and Jack from the 1997 blockbuster Titanic, which heralded Céline Dion’s debut into the fashion world.

It was a risky move, one that could have easily come off as contrived for the My Heart Will Go On singer, but for Céline it was the moment that marked her as one to watch. And ahead of her arrival here in August, we’re definitely taking notice.

Historically, when it comes to fashion the Canadian pop icon and five-time Grammy winner has stayed under the radar, and when she’s made waves it’s often been for her avant-garde choices. Wearing a reversed tux by John Galliano for Christian Dior, paired with a fedora, at the 1999 Oscars was perhaps the most memorable moment.

Then came 2016. In January, her husband of 22 years and manager for 33, René Angélil, passed away after a lengthy battle with cancer. Two days later, her brother Daniel died from the same illness. Her appearance at the 2016 Billboard Awards – where Céline accepted the ICON lifetime achievement award – came just four months after their deaths.

In the midst of dealing with their deaths, Céline turned to fashion.

“Fashion is fun. Fashion is fantasy,” she says. “It can often provide the escape that we need to take our minds off our daily problems, even if only for a short but necessary time.”

She adds, “Fashion can have a huge influence on how we feel from day-to-day. We can be feeling a little bit down when we wake up to face the day, but things start to brighten up a little when we put on that fancy outfit, with the vibrant colours and a spectacular pair of heels.”

It’s here that stylist Law Roach – who credits himself as an “image architect” – comes in. Céline, who has three sons – René-Charles, 17; and twins Eddy and Nelson, seven – found Law through Google after admiring his work styling actress Zendaya. The two began testing the waters at Paris Couture Week, with daring pieces like an acid yellow Balenciaga dress, a red brick leather coat from New York’s hottest label Off-White, and head-to-toe Dior in black for the designer’s fall/winter show.

“When we started her collaboration,” says Law, “it was apparent she wanted to do something new – something just fashion forward.”

It was Law who brought Céline the now-iconic sweatshirt, and from there her status as a couture queen blossomed. Céline returned to the Billboard Awards in 2017, this time resplendent in a couture gown by Stephane Rolland with billowing sleeves (pictured opposite). Then in May she made her debut at the Met Gala in a silver and black Atelier Versace gown. Soon afterwards, fashion insiders dubbed 2017 “the year of Céline Dion.”

The ‘Célinenaissance’ gained worldwide attention at Paris Couture Week later that year, where Céline left her sartorial stamp on the city in a series of instantly iconic ensembles: An all-white outfit featuring a cape and wide-brim hat by Ralph & Russo; a bold floral suit by Roberto Cavalli; a butter yellow leather dress by Dior; an extravagantly embellished coat by Gucci – to name but a few.

She scored front row seats, sitting next to Anna Wintour, US Vogue’s editor-in-chief, and Hamish Bowles, Vogue’s international editor at large. She even sparked her own hashtag, #celinetakescouture.

“I’ve always loved fashion, from as far back as I can remember,” she says of her fashion renaissance. “But as everyone knows, I’ve gone through some extremely difficult times in recent years, and I suppose that I’m spreading my wings a little bit more these days and doing so with the help of beautiful clothing and accessories.”

Read next: Every time Celine Dion’s style killed us (in the best possible way) 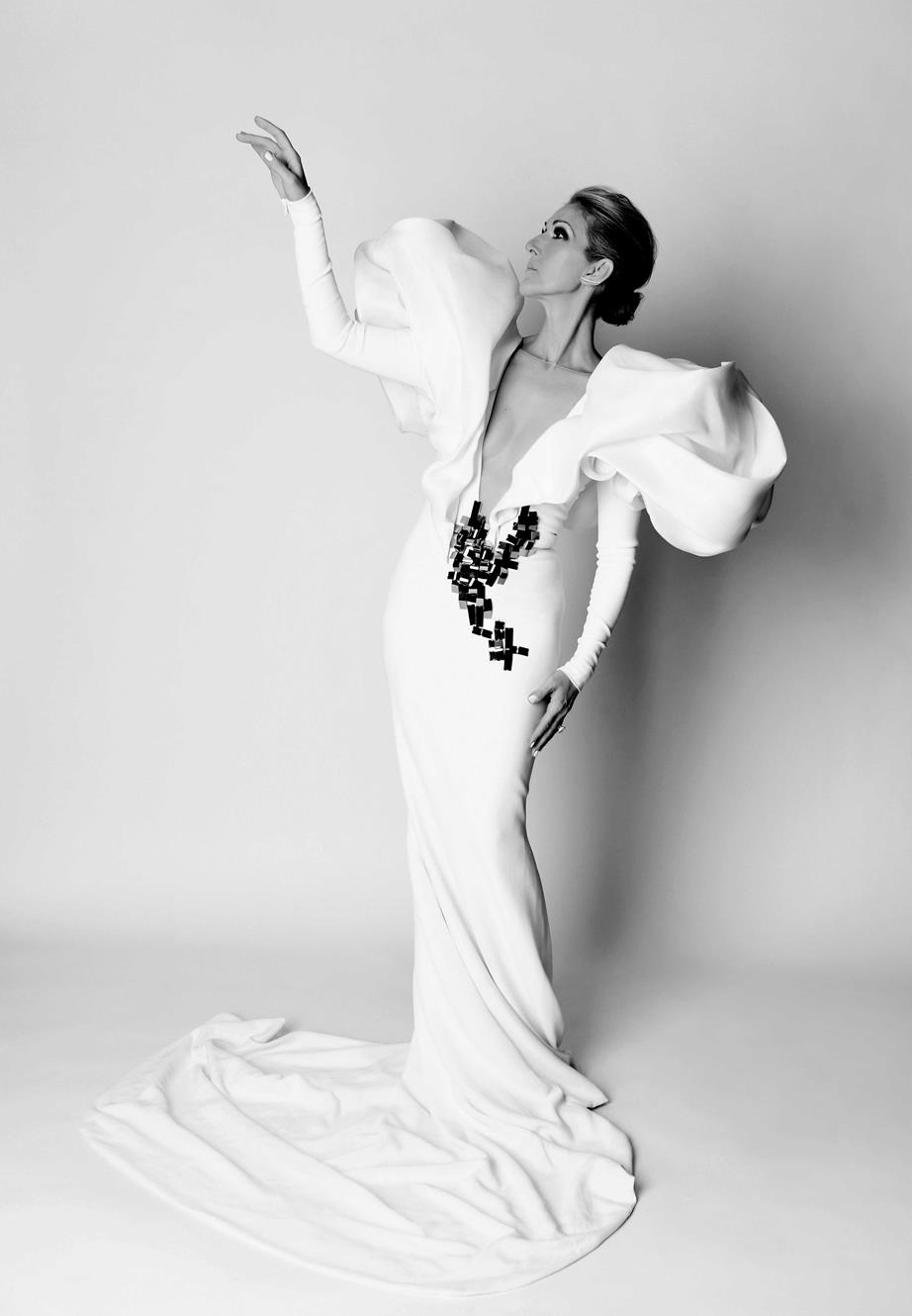 But what does the singer, who turned 50 on March 30, think of her status as a fashion icon late in life?

She adds, “It’s fun, it makes you feel really sexy and there’s no age limit on that. My energy feels younger, more dynamic, excited. Everything now feels like it is a first.”

And while being a style icon may be a first for the star, her knowledge of fashion astounds even Law.

“The things she can reference and pull up. She’s like, ‘Give me a minute, I know I have it.’ And she’ll go through like books of tear sheets [from old magazines]. She knows what she wants and what she likes, but she’s also very open to learning new things.”

He adds, “She’s always been this girl. The world just hadn’t noticed yet. People knew her as the voice and this legendary pop icon, but she’s letting you see another side to her now. She’s reminding us all that fashion is something to be enjoyed rather than feared.”

Her renewed love of fashion is partly because she’s now at a point in her life where she can enjoy it. Going to a fashion show, she says, “gives me a bit of freedom when my life has been work; discipline; hard, hard work.” That freedom comes through in the myriad styles she adopts, from faux leather overalls to embroidered dresses.

“For me, anything goes! As I’ve said I love fashion, and I love experimenting. I feel great in a pair of faded jeans and T-shirt – I guess that’s my rock ‘n’ roll style. But as you’ve probably witnessed, I just love to wear a beautiful couture gown that makes me feel like a princess or a diva.” Law adds that Céline is open to anything.

“Céline has no fear. And when you have that type of energy, you have this attitude that we can do whatever we want and we don’t care who likes it or dislikes it. Fashion is supposed to be polarising. It has to be overwhelming.

“I can literally bring Céline any silhouette, any colour, and she will want to see it on. Some things just don’t work, that’s the nature of fashion, but she’s never afraid to find out.”

He adds, “She’s the true embodiment of a fashion girl. She will make it work for the look. She’s just the quintessential diva. She’ll sacrifice her body and endure pain for a beautiful look.”

While she’s happy to go to rather uncomfortable lengths for the right look – for example, wearing full-length leather coats in the middle of a heatwave during Paris Couture Week – Céline also requires that her clothes work for her. For the past five years, the singer has worn haute couture almost exclusively for her performances at her Las Vegas residency at Caesar’s Palace.

But because she’s performing up to six nights a week, singing and dancing for a minimum of two hours, her couture is one of a kind. Gowns from Armani Privé, Schiaparelli, Giambattista Valli, among others, have Velcro panels added to allow her ribcage to expand or to accommodate a fast change. Elastic is added to chiffon to stop slits becoming tears mid-squat, and shoes – always heels – are ordered a size smaller and reinforced with metal shanks.

Céline says, “We have to make haute couture industrial. The clothes follow me; I do not follow the clothes.” 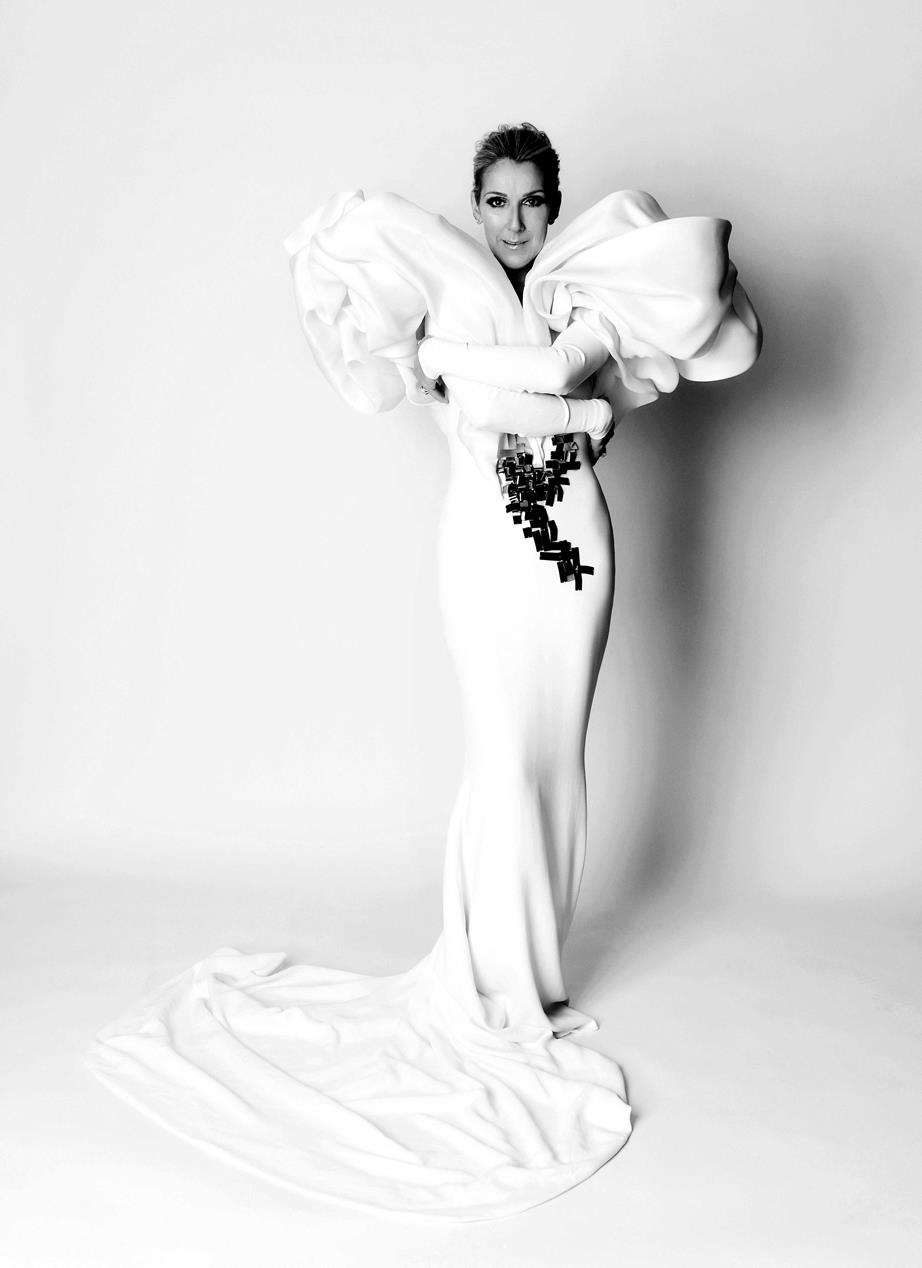 And performing at Caesar’s Palace is where she’ll be when it comes to celebrating a milestone 50 years.

Her own celebrations will come later. “I’ll take a day off from my Vegas schedule and tell my kids: ‘Today’s my birthday!’ To them 21 or 37 or 50 doesn’t make a difference. So I’m going to make my birth-day with my children; maybe go bowling, or go to the movies, or sit in bed watching the Disney Channel, or having breakfast three times in one day of scrambled eggs on toast with peanut butter. That’d be great. I’ll have my birthday my way, on a day off.”

Celebrating such a milestone without her husband by her side may be hard, but Céline is bearing it with grace.

“René taught me so much,” she smiles. “He did a great job; what he had been giving to me all his life and all my life will always be with me. He gave me his all. He mortgaged his house to pay for my first album. I guess before he left he wanted to make sure I was fine. I’m trying to prove to him every day I’m fine. Our kids are growing, we feel strong. We’re good.”

This article appeared in Next.