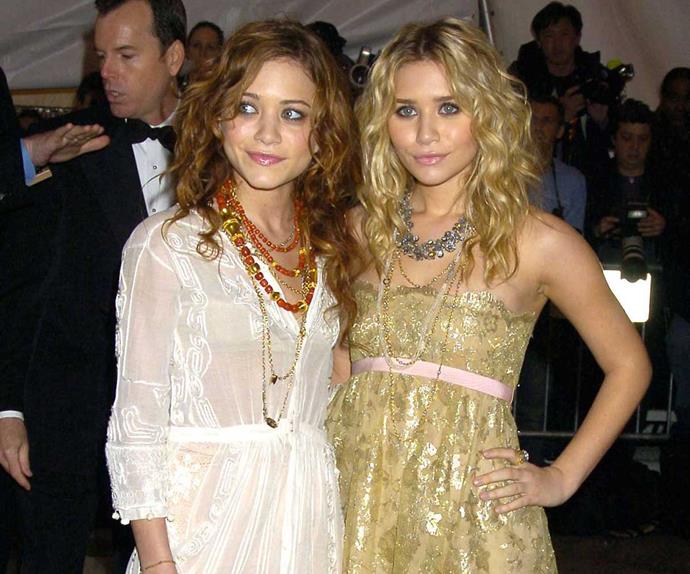 It’s time to take a trip down memory lane…

Affectionately referred to as ‘the fashion Oscars,’ the Met Gala is the biggest event in any A-lister’s calendar, so choosing the perfect dress is kind of a big deal – especially if it’s your first time on the Costume Institute’s hallowed guest list.

In the interests of nostalgia – and who doesn’t love a fashion flashback? – we’ve taken a trip through the archives to remember what some of our favourite stars wore for their first journey up the Met’s red-carpeted stairs.

Read next: Every divine red carpet arrival from the 2018 Met Gala

Scroll for the gallery below, and get ready for some serious LOLs: For the 2009 event, Katy Perry chose an atypically-forward gown from Tommy Hilfiger, though she’s henceforth played it far less safe for subsequent appearances on the Met steps. 2015 marked Amal Clooney’s first Met Gala, but she still managed to steal the show in tiered Galliano. For 2018, she’s on co-hosting duties. The hair, the frills: Anne Hathaway really went all out for her first Met Gala appearance in 2009, wearing Marc Jacobs. Before Lemonade, before the lift incident, and before Sasha Fierce, Beyonce wore the dress you dreamed of buying for your year 11 ball to the Met. Except that Queen B’s gown was Giorgio Armani, and yours definitely wasn’t. Cara Delvinge took Douglas Booth as her date to her first Met Gala in 2011. Diane Kruger is a Met Ball veteran – her first appearance was in 2004, when she wore golden Balenciaga and the sort of fancy scarf cover-up that your mum would totally approve of. Hands up who’d forgotten that Emily Blunt and Michael Buble were the ultimate Noughties power couple? Emily wore Calvin Klein for her first Met Ball in 2007. A blonde Emma Stone wore floral Lanvin to the Met Gal in 2011. Emma Watson kept things relatively simple for her Met Gala in 2010, wearing this white asymmetric gown by Burberry (for whom she’d just starred in her first major fashion campaign). Eva Mendes wore Zac Posen for her first Met Gala in 2004, which took ‘Fashion and Furniture’ as its theme. Gisele strikes a pose for the ‘Goddess’ themed event in 2003. Jennifer Lawrence has a long-standing relationship with fashion house Dior, so it makes sense that she chose to wear the label for her first Met Gala in 2013. Jennifer Lopez posed with Dolce and Gabbana at the 2004 Met Ball – blink and this picture could have been taken a few days ago, such is J.Lo’s age defying power. Jessica Biel wore red Versace back before the dancing lady emoji was a thing in 2009, while Justin Timberlake wore a suit from his own line, William Rast. Kate Moss wore Calvin Klein for the 1995 event, and is pictured here with the designer and fellow supermodel Christie Turlington. Kendall Jenner wore Topshop to her first Met Gala (We’re guessing she didn’t pick it up in the Oxford Circus branch the night before, though). It’s the dress that launched a thousand memes: Kim Kardashian famously wore a floral gown from Givenchy by Riccardo Tisci for her first Met appearance in 2013. Remember when Mary-Kate and Ashley wore colour and smiled in photos? The Olsen twins were Two of a Kind in boho Chanel for their first ball. Rosie Huntington-Whiteley’s relationship with Burberry goes way back: here she is wearing the Brit brand for her first Met Ball appearance in 2010. 2003 marked the peak of Victoria Beckham’s WAG era, and her Met Gala dress didn’t disappoint. Naturally, she accessorised with Dolce and Gabbana. Met Gala 2018: Everything you need to know The 2018 Met Gala theme has been announced